China has embraced renewable energy, but the country is still responsible for many of the dirty energy plants around the world. (Photo by Johannes Eisele/AFP via Getty Images)

The most populous country in the world is addicted to coal. “In China, there are six million coal miners – that is equal to Denmark’s population,” Wang Zhongying, the director of the China National Renewable Energy Centre, told a conference in Berlin in 2017.

Worse still, the world’s biggest coal consumer is spreading its addiction around the world, locking more and more countries into a cycle of long-term carbon dependency.

“Today, China is the behemoth of global energy finance, [and its] overseas energy investments are still largely concentrated on fossil fuels,” writes Chuyu Liu, an independent researcher at the Initiative for Sustainable Energy Policy. 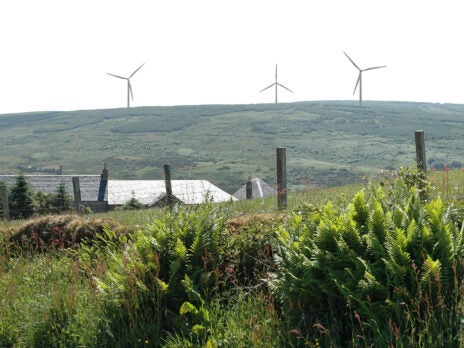 In fact, of the overseas power capacity that China has built since 2000, 40% has been coal plants – the most polluting form of energy generation. Although the country’s installation of renewable energy has risen significantly over the past ten years – and is world leading – fossil fuel projects have also grown and remain predominant, according to Boston University’s China Global Power Database (CGPD).

The database also finds that China’s fossil fuel power plants contribute 3.5% of the annual CO2 emissions from the global power sector outside of China.

In terms of money, China’s two major policy banks (Chinese Development Bank and Chinese Export-Import Bank) have invested a total of $196.7bn in overseas energy sectors between 2007 and 2016, which is as much as all the energy finance of major Western-backed multilateral development banks combined, according to the Brookings Institute. The country’s global energy finance remains focused on fossil fuels.

Where has China built most of its dirty energy?

Coal plants are a long-term investment, with a lifespan of about 40 years. It is concerning that 1,600 of them are currently being constructed. China still accounts for the vast majority of newly commissioned projects globally, despite Beijing’s noises about scaling down.

With demand for coal-generated power having slowed down in China over the past decade, hungry Chinese companies have increasingly turned overseas to compensate. Of the 20 biggest coal plant developers in the world, 11 are Chinese (most of which are state owned), according to a database published by Urgewald.

China’s coal power investment is highly concentrated in South East Asia, south Asia and Africa – in that order – according to the CGPD. These regions also received significant amounts of hydropower investment, but Latin America received the most. Despite popular misconceptions, hydropower is not a ‘clean’ source of energy.

As the below map shows, there is a notable lack of ‘dirty’ Chinese energy in the most developed parts of the world (especially the EU). Chinese investment in lower-middle-income and low-income countries is key for these countries’ energy consumption.

“Much of the demand for Chinese investments in coal, oil and gas comes from emerging countries with growing energy needs,” writes Liu. “These countries use affordable Chinese loans to meet the energy needs of households, industry, transportation and commerce.”

China’s political access and influence in the aforementioned regions – especially those closest to China – is also of note. China’s Belt and Road Initiative (BRI), designed to build infrastructure and coordinate policy-making across Eurasia and eastern Africa, has helped shape the country’s overseas energy policy. The vast majority of energy sector investments made by the Silk Road Fund (a state-owned financial institution funding BRI projects) goes to fossil fuels.

Recent research has revealed China’s hold over low-income countries through opaque contracts (most of which relate to large-scale infrastructure projects), a trend that threatens to undermine global debt relief efforts. Most of China’s overseas coal plants and largest energy projects are funded by Chinese policy banks, and almost entirely so in lower-income country groups, according to the CGPD.

Developing countries need better alternatives to China’s cheap fossil fuels. Although the Covid-19 pandemic has decreased overall global power investment by an estimated 10%, Chinese energy investment in the first eight months of 2020 has been relatively stable. Every new coal or ‘dirty’ power plant is a backwards step for the world’s fight against climate change.