Smaller fishing operations in poorer countries suffer the most from harmful fisheries subsidies. (Photo by Alfredo Zuniga/AFP via Getty Images)

Anyone who has watched the Discovery TV show Deadliest Catch would no doubt agree that the fishing industry is one of the toughest in the world to work in. The physical danger fishermen and women find themselves in is often poorly compensated: a recent report by the World Wide Fund for Nature (WWF) revealed that 43% of those working in the EU fishing industry earned below the minimum wage in 2018, while this figure jumped to 70% for the 56% of EU fishermen and women that work in smaller vessels.

Meanwhile, more than one-third of global fish stocks are being fished at unsustainable levels. Fishing has never been an easy walk of life, but the situation is alarming and getting worse by the minute. Action is needed as soon as possible to protect both the men and women that work on the seas and the fish that swim within them.

In order to do this, the first step must be to scrap harmful fisheries subsidies that incentivise overfishing, overcapacity, and illegal, unreported and unregulated fishing. Thankfully, this move seems to be close to happening, after a frustrating series of delays. 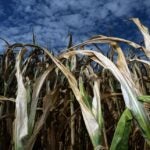 Agribusiness
What are the real reasons behind the world's food insecurity?
Data Insights
View All

To be fair, the 2020 deadline to eliminate harmful fishing subsidies had little chance of being met. Between the Covid-19 pandemic and the long delay in electing a new World Trade Organisation (WTO) director-general – mainly due to then US President Donald Trump’s blocking of the election process – the deadline was always going to be a tough one to meet. (That said, it is hard to excuse the delays given that talks on this topic have been going on for at least 20 years now.)

Things seem to be back on track now, although hopes that the issue would be resolved during the WTO ministerial meeting on 15 July 2021 were soon vanquished. It would seem, however, that an agreement will be made before the end of 2021.

In a true reflection of nature, fishing subsidies most negatively affect the 'smaller fish': developing countries that need fish the most as it constitutes a large part of the protein intake in their populations. Meanwhile the 'big fish', long-distance and large-scale fleets, are the main beneficiaries of harmful fishing subsidies.

A report by the ocean conservation non-profit organisation Oceana shows that many poorer countries frequently contend with hosting heavily subsidised foreign fishing fleets in their waters, either through fishing agreements with the country of origin of the vessels, or unwittingly when fleets fish there illegally.

This brings with it a common problem, in that these long-distance fleets often end up fishing in low-income countries, which then bear the brunt of issues relating to overfishing. To add insult to injury, these foreign fleets are often venturing on journeys that would not be financially viable were it not for subsidies. According to the Oceana report, these long-distance fleets often receive subsidies worth 20–40% of the value of their catch.

Large-scale fleets are also the recipients of an overwhelming majority of harmful fishing subsidies. In the case of the top ten providers of harmful fishing subsidies (China, Japan, South Korea, Russia, the US, Thailand, Taiwan, Spain, Indonesia and Norway), 83.6% of these are given to large-scale fleets, according to a study quoted in the Oceana report.

In Spain, for example, 97.7% of harmful fishing subsidies are linked with large-scale fleets. The country also happens to own 11 out of 19 vessels involved in illegal fishing practices outside EU waters, according to the WWF report.

The data in the WWF report shows that a transition to low-impact fishing across all waters is needed urgently, and that without changing to a system that rewards and supports sustainable fishing practices, the health of the oceans will continue to decline, and low-income coastal communities that largely depend on fish to subsist will continue to suffer.

There can be no more delays. Fishing subsidies do so much demonstrable harm that an agreement must be reached by the end of the year to scrap them. Our oceans must be given a fighting chance of survival.