The central and eastern Europe (CEE) region is far from homogenous, and it may seem counter-intuitive to throw Estonia, with its strong IT sector and innovative potential, into the same basket as Croatia, which has an economy heavily based around tourism.

Still, there are solid reasons behind why the region as a whole was more resilient to the 2008 financial crisis and there is also good reason to expect it will recover quicker following the Covid-19-induced crisis. This will also cause the gap between Western Europe and the CEE to close a little quicker. Key regional characteristics, such as industrial potential and cheaper skilled labour, will stand out even more as global trade and production paradigms shift following the pandemic.

Resilient from the Baltics to the Balkans

Whenever the European Commission and national agencies release favourable economic indicators, national governments in the CEE region are quick to take the praise and laud their crisis support mechanisms. As times are also turbulent for political leaders, this is understandable, but it fails to acknowledge the underlying cause for the region’s resilience.

When you are falling from a smaller horse, it hurts less on the way down, and you will be back in your saddle in no time.

CEE economies are generally far less complex compared with those of, say, Germany or France. Their ties to global markets, supply chains and economic interdependence are also less marked, meaning that Warsaw or Bucharest do not feel the ripple effects as strongly. When you are falling from a smaller horse, it hurts less on the way down, and you will be back in your saddle in no time.

The effects of Covid-19 on European economies were not uniform. Researchers are starting to develop the first complex indices to measure Covid-19 exposure and economic sensitivity, as described by Kai Böhme and Flavio Besana. Combining data on the severity of restrictions, employment in risk sectors, reliance on tourism and macroeconomic indicators yields interesting results. Some countries in CEE were affected significantly, especially Croatia and the industrially strong Czech Republic. As a whole, however, the region took the mildest hit in Europe.

Discussions are ongoing among experts and leaders alike on how to use this opportunity to forge a new path for long-term development. Some takeaways are already becoming clear.

While western Europe spent recent decades outsourcing simple industrial production to China or India, the CEE region was much slower to take this approach. The pandemic made it clear that supply chains need to be shorter and regional industrial competencies need to exist for a range of production capabilities. When shortages of personal protective equipment became apparent, textile plants across the CEE region rapidly adapted manufacturing processes to make masks.

Lower costs across the board and existing capabilities provide the right circumstances for the CEE region to reassert itself as a European manufacturing hub. This, of course, does not mean that production processes will be massively shifted from Asia to central and eastern Europe – the region lacks both the scale and the workforce. Nonetheless, the CEE region will gain prominence as a destination for new industrial investments. National governments will also reform support schemes to develop innovative manufacturing rather than keep attracting multinationals’ back offices.

Workforce shortages and a Brexit boost for Poland

Much of the CEE region’s recent attractiveness as an investment destination has stemmed from a plentiful, skilled and relatively cheap workforce. In 2020, the average hourly labour cost in central European countries was no more than half of that calculated for the entire EU. At the same time, the percentage of people aged 20–64 with tertiary education and working in International Standard Classification of Occupations ranking groups 4–9 is close to the EU 2019 average of 21.9%.

Implementing strategies on further attracting, training and retaining economic migrants will be key for the CEE region to retain its dynamic economic growth.

While labour costs across the region are substantially lower than in other EU countries, employers can still benefit from an equally qualified workforce. This will be attractive for businesses seeking to cut costs following Covid-related hardships and potentially looking to move to cheaper locations.

At the same time, the labour market in the CEE region is shrinking. It has lost millions of workers to emigration following a wave of EU accessions, and the rapidly ageing populations do not make the situation any better. Some CEE countries, however, have experienced their own influx of migrants in recent years, and in the case of Poland especially, are seeing some returnees from the UK after Brexit.

While the migratory situation in southern CEE countries is far more complex, the north of the region has seen an influx of economic migrants from its eastern neighbours, especially Ukraine. Implementing strategies on further attracting, training and retaining economic migrants will be key for the CEE region to retain its dynamic economic growth. If this is combined with a push for automatisation and innovation, there will be little chance for the region to slow its rapid progress.

Labour and industrial trends are just a part of the wider picture. The CEE region is emerging as a more independent and coherent region for investors. Regional alliances built primarily for political reasons, such as the ambitious Three Seas Initiative or the Visegrad Group, are also becoming an important lens for businesses. The times where regional company headquarters in Moscow were also responsible for Bulgaria or Hungary are behind us. The recovery from Covid-19 will accelerate the trend of rapid growth and regional cooperation, and more businesses will also follow with tailor-made CEE investment strategies. 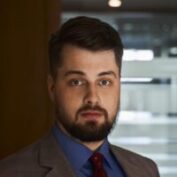 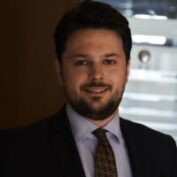