British Prime Minister Boris Johnson (right) meets Australian counterpart Scott Morrison, but what can the UK learn from Australia regarding the implementation of its National Security and Investment Act? (Photo by Neil Hall/Pool/Getty Images)

The National Security and Investment Act 2021 (the UK Act) grants the UK government authority to review, add conditions to, and potentially ‘block’ any transaction involving national security interests. We are yet to see how this plays out in practice, but for now we can use the example of Australia, which has had a system in place for quite some time that operates in much the same way as the UK Act intends to.

Law firms Forsters and Arnold Bloch Leibler have taken a keen interest in how the Australian Foreign Acquisitions and Takeovers Act 1975 (the Australian Act) might help to put the new UK Act into perspective.

The UK Act is likely to cover a very broad range of transactions. Those within its scope will be subjected to an extra layer of regulatory oversight. Any deal that may trigger a ‘risk to national security’ (undefined in the UK Act) could be caught, whether the reason for that risk is the underlying business, specific property, the identity of the purchaser or its affiliates, or potentially even the rationale behind a given transaction.

Possible impacts of the UK Act

How are deals affected?

How will the UK Act potentially alter?

It will be interesting to see how the new UK regime develops over time, especially once the necessary secondary legislation has been enacted. In particular:

It will take time to fully understand how the secretary of state implements the review system, but the majority of transactions should remain largely unaffected. This is particularly true of the deals that have minimal or borderline connections with national security. Such deals ought to be reviewed and consented to in short order, which, in turn, will minimise any increase in transaction costs and deal timeframes. Fortunately, the example of the Australian framework shows that the UK government’s new review function does not necessarily mean that transactions and investment, both local and foreign, should be hindered or deterred. 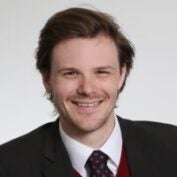 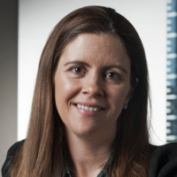