By now, we have some distance from the initial Covid-19 crisis, and many of us – including myself – have come to realise the pandemic and its effects are deeply linked to problems we had already identified with the existing global economic system: rising inequality, slowing growth, sputtering productivity, unsustainable levels of debt, accelerating climate change, deepening societal problems, and the lack of global cooperation on some of the world’s most pressing challenges.

Given the downsides of our global economic system, it is clear we must reform it. But how?

However, one thing has changed in the interim period between ‘BC’ (before Covid) and ‘AC’ (after Covid): there is, I notice, a greater understanding among the population, business leaders and government that creating a better world would require working together. The idea that we need to rebuild differently post-Covid is widely shared. The sudden and all-encompassing impact of Covid-19 made us understand, much more than the gradual effects of climate change or increasing inequality, that an economic system driven by selfish and short-term interests is not sustainable. It is unbalanced, fragile and increases the chance of societal, environmental and public health disasters. As Covid-19 demonstrates, when disasters strike, they put an unbearable strain on public systems.

We can’t continue with an economic system driven by selfish values, such as short-term profit maximisation, the avoidance of tax and regulation or the externalising of environmental harm. Instead, we need a society, economy and international community that is designed to care for all people and the entire planet. Concretely, from a system of ‘shareholder capitalism’, which prevailed in the West in the past 50 years, and a system of ‘state capitalism’, that gained prominence in Asia, and is centred on the primacy of the state, we should move to a system of ‘stakeholder capitalism’.

Companies staying in Russia are being punished by markets and consumers

In the 75 years since the end of World War Two, there has been a surge of global economic development. But despite this, the world is living a tale of two realities.

On the one hand, we have rarely been as well off as we are today. We live in a time of relative peace and absolute wealth. Compared with previous generations, many of us live long and mostly healthy lives. Our children get to go to school, even often college, and computers, smartphones and other tech devices connect us to the world. Even a generation or two ago, our parents and grandparents could only dream of the lifestyle many of us have today and the luxuries that come with abundant energy, advances in technology and global trade.

On the other hand, our world and civil society are plagued by maddening inequality and dangerous unsustainability. The Covid-19 public health crisis is just one event that demonstrates that not everyone gets the same chances in life. Those with more money, better connections or more impressive post codes were affected by Covid at far lower rates; they were more likely to be able to work from home, leave densely populated areas and get better medical care if they did get infected. This is a continuation of a pattern that has become all too familiar in many societies. The poor are consistently affected by global crises, while the wealthy can easily weather the storm.

Given the downsides of our global economic system, it is clear we must reform it. But how?

The world currently knows two prevailing and competing economic systems: shareholder capitalism, which is dominant in the US and in many other countries in the West, and state capitalism, which is championed by China and is gaining popularity in many other emerging markets. Both have led to tremendous economic progress over the past few decades. They left us with a world that is more prosperous than ever before. But each has equally brought about major social, economic and environmental downsides. They led to rising inequalities of income, wealth and opportunity; increased tensions between the haves and the have-nots; and above all, a mass degradation of the environment. Given the shortcomings of both of these systems, we believe we need a new, better global system: stakeholder capitalism. In this system, the interests of all stakeholders in the economy and society are taken on board, companies optimise for more than just short-term profits, and governments are the guardians of equality of opportunity, a level-playing field in competition, and a fair contribution of and distribution to all stakeholders with regards to the sustainability and inclusivity of the system. But how can we achieve this? What does it look like in practice? And where did the current two systems go wrong?

Let us start with the last question first and take a closer look at the two prevailing systems of today. Consider first shareholder capitalism. It is the form of capitalism in which the interests of one stakeholder, the shareholder, dominate over all others. Companies operate with the sole purpose of maximising profits and returning the highest possible dividends to shareholders.

In recent decades, another form of capitalism emerged as an alternative: state capitalism. It, too, is a capitalist model, if we follow the definition that a system is capitalist when “private actors own and control property in accord with their interests, and demand and supply freely set prices in markets in a way that can serve the best interests of society”. In China, to take the most notable example, the private sector now produces more than 60% of GDP. Despite this, the state is considered the most important stakeholder and retains power over individual shareholders. The government achieves its dominant role in at least three ways. First, it keeps a strong hand in the distribution of both resources and opportunities. Second, it can intervene in virtually any industry. And third, it can direct the economy by means of large-scale infrastructure, research and development, and education, healthcare or housing projects. Theoretically at least, it solves a major shortcoming of shareholder capitalism because there are mechanisms in place to ensure that private and short-term interests do not overtake broader societal interests. This system allowed Singapore, China, Vietnam, and more recently countries such as Ethiopia, to build a strong and growing economy, while keeping, if needed, private corporate interests in check. In fact, were it not for state capitalism, large parts of the developing world may not have seen a major growth spurt at all. But as economists such as Branko Milanovic (in his book Capitalism, Alone) have argued, state capitalism too has its fundamental flaws. Most importantly, given the hegemony of the state, corruption is a constant threat. Favouritism can play a role in distributing contracts, and the application of the law can become arbitrary, given the lack of checks and balances. When those at the top of the state assess an economic trend wrongly, the vast resources they control risk getting misallocated. It creates an issue that is almost the mirror image of that in shareholder capitalism.

In both shareholder and state capitalism, the dominance of one stakeholder over the others is the system’s greatest flaw. In shareholder capitalism, shareholders’ aims are often the singular focus; in state capitalism, the government wields too much power. I therefore advocate for a third system, which can be defined as stakeholder capitalism. It is capitalism in the traditional definition of the word: individuals and private companies make up the largest share of the economy. This is, I believe, a requirement for a sustainable economic system: private individuals and companies must be able to innovate and compete freely, as it unleashes the creative energy and work ethic of most people in society. The economic activities of such private actors must also be protected and guided, to ensure the overall direction of economic development is beneficial to society, and no actor can freeride on the efforts of others. This is the kind of capitalism we ought to endorse. But stakeholder capitalism does fundamentally differ from the other forms of capitalism we saw, in a way that overcomes much of their shortcomings. First, all those who have a stake in the economy can influence decision-making, and the metrics optimised for in economic activities bake in broader societal interests. Moreover, a system of checks and balances exists, so that no one stakeholder can become or remain overly dominant. Both government and companies, the main players in any capitalist system, thus optimise for a broader objective than profits: the health and wealth of societies overall, as well as that of the planet and that of future generations. It makes stakeholder capitalism the preferred economic system and the one we ought to implement going forward.

Stakeholder Capitalism: Making the Case for a Global Economy that Works for Progress, People and Planet is published by John Wiley & Sons and now available globally. It was co-authored by Peter Vanham, head of the International Media Council and chairman’s communications at the World Economic Forum. 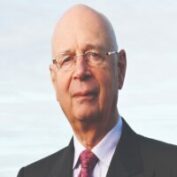