In association with Invest in Finland 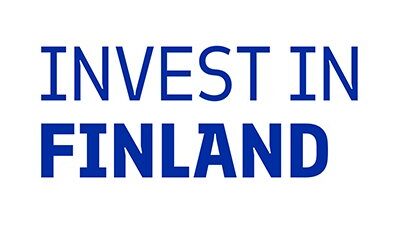 Finland recently topped the global annual survey for the happiest country in the world for the fourth year in a row. (Photo courtesy of Mikko Nikkinen/Invest in Finland)

Figures from UNCTAD show that global FDI took a major hit last year, plummeting by 42%. As the world continues to reel from the economic fallout brought about by Covid-19, it is worth remembering that the impact of the pandemic has been far from uniform. In fact, last year Finland managed to buck the inward investment trend altogether, welcoming nearly 300 new foreign companies – a significant increase on 2019 levels.

The country’s handling of the pandemic and demonstration of stability in the face of adversity has resonated with nervous investors, presenting an opportunity to move beyond preconceptions around the high costs of the Nordic model and showcase the country’s business-friendly landscape and array of incentives on offer for foreign investors.

For executive director of Invest in Finland, Antti Aumo, the most common misconceptions that persist include Finland being expensive, steep labour costs and high taxes. In fact, Aumo points out that the corporate tax rate in Finland is just 20% – the lowest rate in the Nordics and among the lowest in Europe.

Finland has introduced an extensive range of special tax incentives in recent years, including temporary double depreciation rules for machinery and equipment, share-based incentives for employees and, in January, lowering the industrial electricity tax in Finland to the EU minimum level. Since January, the country also offers a 150% tax deduction for joint R&D activities with local partners.

There are encouraging signs that the wider investment community is taking notice. EY’s last Nordic Attractiveness survey conducted prior to the pandemic revealed that in 2018, for the seventh consecutive year, Finland scooped top spot, amassing more projects than all of the other Nordic countries combined.

It seems the outbreak of Covid-19 has failed to deter investors. Business Finland’s 2020 Business Barometer – a survey conducted between March and September last year – found that 28% of canvassed foreign affiliates still hoped to increase the number of their employees in the country between 2020 and 2021.

One company that has decided to invest heavily in Finland is Silicon Labs. In 2015, the global tech giant bought Espoo-based wireless product developer Bluegiga for $61m, establishing an R&D centre. Since then, the company’s Bluetooth revenue has tripled and the team has grown to almost 50 specialists.

“We keep on expanding the site quite rapidly,” says Silicon Labs’ Finland marketing director for IoT products and site manager, Tom Nordman. “We actually started to really accelerate about two years ago. The pandemic speeded things up tremendously.”

When asked about what initially drew Silicon Labs to Finland, Nordman is keen to stress the stable political and business environment. “It is really predictable, which is important because you know what you get when you are investing,” he explains. “Finns are very low maintenance and accountable – they pride themselves on the reliable, robust execution at their sites.” Indeed, data from the International Labour Organisation reveals that Finland boasts higher labour productivity than Germany, the UK and Japan.

The pandemic has placed a renewed focus on the ability to weather a crisis. Finland ranked first out of 122 countries on the global Covid Economic Recovery Index – an accolade that won’t have gone unnoticed by the wider investment community. “Resilience has grown in importance,” reflects executive director of Invest in Finland Antti Aumo. “The crisis has improved Finland’s position as a safe and stable country.”

Given its history, Finland seems like an obvious choice for tech companies looking to put down roots. By the end of the 1990s, its economy had gone from heavy reliance on the country’s forestry to claiming electronics as its top export. The rise of mobile giant Nokia helped place Finland firmly on the tech map.

Nordman highlights industrial IoT, high-tech engineering and embedded software as hot topics in the Finnish tech scene. “If you need to solve tough problems efficiently, Finland is a really good place to go,” he says. “The quality of the software is top notch – there isn’t any product drama.”

This would not be possible without the country’s highly skilled, multilingual talent. “Our workforce is of course a big asset to companies operating in Finland,” notes Aumo. “We have excellent education – one of the best if not the best – and thanks to that our workforce is skilful and well-educated.” He is eager to point out that, contrary to popular belief, Finland’s labour costs in the higher education sector are in fact lower than Germany, the US and other Nordic countries.

Furthermore, the cost of Finnish skilled labour compares favourably with other markets. For example, the fDi Benchmark reveals that the total cost for a senior software development engineer in Helsinki is significantly below that of San Jose, London and Tokyo, while data from Business Finland shows the cost of a programmer in the Finnish capital is forecast to increase at a slower pace than other major cities (see graph below). Wage inflation is also forecast to remain lower than competitor countries such as the US and Germany.

For Nordman, Microsoft’s 2014 decision to significantly downsize its Nokia unit brought with it an unexpected benefit for the health and variety of the country’s tech scene as a whole.

“There is a high concentration of great talent available from the old Nokia mobile phone ecosystem, which we are still finding extremely useful,” he explains. “Especially now after a few years we are starting to see this amazing number of fast-growing start-ups where people from Nokia have actually founded their own companies. There is a lot of subcontracting and networking opportunities.”

Nordman also points to the extensive range of training programmes Finnish universities offer, which, he says, have helped to grow skills in new areas like artificial intelligence, and “offer a new level of talent, which is globally quite unique”.

Once on board, employees are there for the long haul; Silicon Labs’ Espoo-based operation boasts the multinational’s highest retention figures. Currently, the organisation is also bringing in talent from abroad – a practice that has been facilitated by the Finnish government’s recent commitment to speed up the time taken to grant work visas to just two weeks.

Beyond these incentives, Nordman highlights the vital role of IPA Invest in Finland in offering valuable guidance and funding to companies, and the growing presence of bold venture capitalists, whom, he says, are increasingly looking for rapidly growing high-tech companies to invest in.

In recent years, Aumo has watched the priorities of the investment community evolve. “Sustainability and ‘softer’ values such as equality and better working conditions have become bigger players certainly,” he explains. Finland has plenty to offer in this regard – it recently topped the global annual survey for the happiest country in the world for the fourth year in a row.

For Aumo and his colleagues, FDI is about quality above quantity. “The fostering of sustainable growth is a cornerstone of Finland’s inward investment policy – as an organisation we do not push Finland to companies for whom we do not believe Finland is the right solution. In other words, we don’t sell Finland at all costs just to meet our goals,” he insists.

Indeed, Business Finland’s 2020 Business Barometer reveals that almost half of the foreign affiliates surveyed measure more than five different dimensions of sustainability, while just 3% did not use any metrics.

This commitment to promoting the well-being of the economy and society in tandem will be more important than ever post-pandemic, but so too will cost. As Finland looks to build upon past FDI success in a significantly altered operating environment, there is a huge opportunity to further change outdated perceptions and help lead a conversation around lasting, sustainable value.

The Invest in Finland Factbook is created for companies that seek sustainable growth. It explores the ways Finland can contribute to business success, including incentives for foreign-owned companies. As you might have already noticed, Finland often ranks among the leaders in various international comparisons. The information in this booklet is backed by facts and statistics from reliable third parties. We also highlight some comments from international business leaders with experience in doing business in Finland. We know that each business is unique, and that every investment requires careful analysis and planning. Tell us about your business needs – and let’s discuss what Finland could offer you.
by Invest in Finland
Thank you.Please check your email to download the Factbook.
Topics in this article: Human capital, Invest in Finland, Quality of life, sponsored, Sustainability
SUBSCRIBED