The decade-long proliferation of Chinese investment to western Europe, the “golden era” of economic relations, has well and truly come to an end. Its heyday saw the likes of former UK prime minister David Cameron woo Chinese politicians and businesses. Germany followed suit.

The result was an unprecedented spree of Chinese foreign direct investment (FDI) to the EU & UK, culminating in 2016 with a whopping €42bn (311.7bn yuan) of Chinese money flowing in. The main beneficiaries, as shown in the below tables, were Germany, the UK, France, Italy and the Netherlands (in that order).

Fast forward four years, the picture is very different. Although the aforementioned countries still remain popular for Chinese investors (albeit less so), 2020 saw a meagre €6.5bn ($7.55bn) of total Sino FDI to the EU and UK – marking a ten year low. This is far from a Covid-19 related anomaly. Rather, the pandemic has simply accelerated the changing nature of Chinese-EU investment. 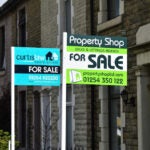 Why has Chinese investment to western Europe fallen?

Foreign investment from China has not just nosedived in Europe. Globally, it has seen several years of significant decline – with 2020 registering a 13-year low.

The main cause was Beijing’s increased capital controls on FDI from 2017 onwards, following what the government deemed to be excessive foreign spending and a need to concertedly drive up more domestic investment under its new Made in China 2025 policy.

The other determinant was an external one: the new ‘Cold War’ between the US (and its allies) and China, promulgated by former US President Donald Trump. With the US leading the charge (through the Committee on Foreign Investment in the United States), a wave of China-focused foreign investment screening mechanisms have been launched across the world’s largest liberal democracies, including Australia, Germany and the UK. In short, this has meant increased scrutiny of Chinese FDI in ‘critical sectors’ (such as defence and telecoms), alongside stronger state powers to block Chinese acquisitions deemed as threats to national security.

Covid-19 catalysed this trend, with fourteen EU member states stepping up scrutiny of FDI across critical assets, resulting in a spree of government-blocked deals, such as China Reform Holdings’ attempt to take control of British chipmaker Imagination Technologies . Never in the history of European-Chinese trade has trust been so low, not least due to the EU's increasingly vocal stance against China's human rights situation in Hong Kong and Xinjiang.

Such concerns led relations to fall even further in May of this year, resulting in tit-for-tat sanctions between Brussels and Beijing, and most importantly, the freezing of the much-vaunted EU-China Comprehensive Agreement for Investment. It was originally hoped that the bilateral investment treaty would boost Chinese investment into Europe (while addressing issues for European investors in China).

This current distrust of Chinese investors, while often descending into hysteria, is not without reasoning. Considering that a large, albeit minority, portion of Chinese investment into the EU and UK comes from state-owned enterprises, there is a real risk of key businesses falling into the hands of a strategic, authoritarian competitor. As the above chart shows, many of the key sectors targeted by Chinese investors over the past decade (across the EU  and UK) have been energy, electronics, ICT and other politically sensitive domains.

The shifting nature of Chinese investment to Europe

The last few years have looked a little like a giant game of whack-a-mole, with European nations whacking certain Chinese investments that pop up to find a more welcoming EU or UK home.

Due to the increase of scrutiny surrounding Chinese investors, M&A (which makes up the majority of Chinese FDI to the EU and UK) has decisively decreased across Beijing’s key European trading nations, namely Germany, the UK and France. This led Sino investors to diversify their target nations, leading to rising investment in northern and eastern Europe. In Sweden alone, Chinese companies have acquired three semiconductor manufacturers in recent years.

Chinese investment is also shifting to less politically difficult and controversial industries. In Germany, although Chinese high-tech investment has dropped off in recent years, a strong interest in the country’s fintech sector remains.

Two other pan-EU (plus UK) trends stand out. Firstly, Chinese investments are becoming smaller in value, with small-to-medium-size transactions dominating in 2020, especially in non-critical industries (although this may be Covid-related).

What does this mean going forwards?

The outlook for Chinese investment to Europe in 2021 and 2022 is mildly optimistic, at best. Chinese FDI activity into Europe continued to fall in the first quarter of 2021 and has remained weak elsewhere, even as global M&A activity shot back impressively.

However, Europe remains a very attractive investment location for China. Chinese investors will maintain serious interest, albeit through comparatively smaller investments in less controversial sectors. In addition, with Chinese trade and investment being so enormously valuable to western European nations, many controversial investments may continue to slip through the net. For example, in summer 2021 a Chinese company acquired the UK’s largest producer of semiconductors, Newport Wafer Fab , at a time when Europe faced a semiconductor shortage.

This does not mean a return to the highs of 2016 investment levels. Indeed, China is making huge efforts to incentivise greater domestic investment. Jaap van Etten, CEO of Datenna, a China-focused data provider, says: “We see a correlation between the strategy of the Chinese government to increase China’s self-sufficiency in specific sectors, such as the semiconductor industry, and the level of state-influence in the acquisitions in those industries.

“China is, for example, still heavily reliant on the import of semiconductors. It has the largest semiconductor market, but only 16% of the semiconductors it uses are produced within the country itself. Under the Made in China 2025 plan, this share should rise to 70% by 2025".

There is also the very likely spectre of EU and UK relations with China getting much worse in the coming months. The EU may very well update its screening mechanism to heighten and standardise scrutiny over Chinese investors across the bloc (the mechanism is currently pretty toothless). The UK’s ongoing review of Chinese nuclear power developments could also further sour relations.

All of this means that, no, Chinese investment to Europe is not on its deathbed. Rather, said investments are likely to be smaller in value and fewer in number, while also far more focused on ‘mutually beneficial’ types of foreign investment, such as greenfield FDI, across less controversial sectors.

Ohio is a premier automotive supply chain jurisdiction. Greater than 90% of the state’s exports go to the ICE supply chain. As such, Ohio has a unique opportunity to lead in building a supply chain that capitalizes on the fast growth in electric vehicles.
by JobsOhio
Thank you.Please check your email to download the Whitepaper.
Topics in this article: Law and regulation, Politics, Protectionism
SUBSCRIBED