More than one-fifth of major global cities face high risks from terrorism, conflict, crime or civil unrest in the second quarter of 2022, according to a new report from risk analytics company Verisk Maplecroft.

That includes 23 cities that faced no such risks in the first quarter of the year. Eight of those newly at-risk cities are in Africa, amounting to 14% of the continent’s largest cities, while five are in Europe and Central Asia (7%). 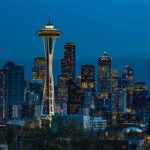 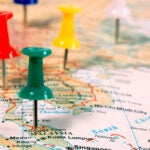 One reason for the deteriorating situation in Africa’s major cities is the continent’s recent uptick in conflict-related risk, an increase more than three times as large as that seen in Europe (which comes second by global region, owing to the war in Ukraine). The risk of conflict-related violence has seen particularly sharp increases in Nigeria, Ethiopia, Cameroon and the Republic of Congo over the most recent quarter.

Three major cities in south-eastern Nigeria (Aba, Uyo and Nnewi) have seen the greatest increase in conflict-related risks of anywhere on the continent. The region has been rocked by a spate of gun attacks in recent months, attacks the government has blamed on Biafran separatists.

Neighbouring Cameroon has also faced a rise in separatist violence, leading to government-imposed lockdowns that have crippled business activity in the country’s Anglophone western provinces and led to a heightened risk of conflict in the capital, Yaounde.

Outside Africa, the greatest increase in conflict-related risk over the past quarter has been in Myanmar. Two of the country’s largest cities (Yangon and Mandalay) make the top three worldwide for the greatest increase in conflict-related risk, alongside Ukraine’s capital Kyiv. Myanmar’s anti-coup uprising has turned increasingly bloody in recent months, while Russia’s invasion of Ukraine has seen the indiscriminate bombardment of civilian population centres.

More important for investors, who will be well aware of the risks of travelling to Ukraine or investing in Myanmar at the moment, is the risk of violence far beyond the front lines.

For several years now, the United Arab Emirates (UAE) has been helping to prosecute the Saudi Arabia-led war on Yemen’s Houthi rebels. The Houthis have now vowed to make the UAE an “unsafe country”, launching a series of drone and missile attacks against the country’s critical infrastructure – including in densely populated urban centres. As a result, Abu Dhabi has seen by far the greatest increase in the risk of terror attacks in recent months.

Civil unrest is also a concern for investors owing to the risk of disruption, political instability and human rights abuses. The risk of civil unrest has risen most in Serbia’s capital, Belgrade, where strong divisions over the country’s relationship to Russia and Bosnia-Herzegovina have led to rising political tensions.

After Belgrade, the next seven cities to have seen the greatest increase in the risk of civil unrest are all in Canada. For almost a month in January and February, anti-lockdown protesters brought the capital, Ottawa, to a near-standstill through the use of vehicle blockades. Although those protests have now come to an end, the movement has inflamed political divisions.

“Companies with global operations must continue to assess their exposure to long-standing security risks such as crime, even as novel threats such as climate change and the Covid-19 pandemic rightly move up the agenda,” said senior security analyst at Verisk Maplecroft Joseph Parks. “This research shows just how widespread the risks remain.”

Topics in this article: Quality of life
SUBSCRIBED