As the European backlash against US Big Tech reaches fever pitch, the biggest overhaul of EU digital legislation this side of the millennium was proposed by the European Commission on 15 December 2020. 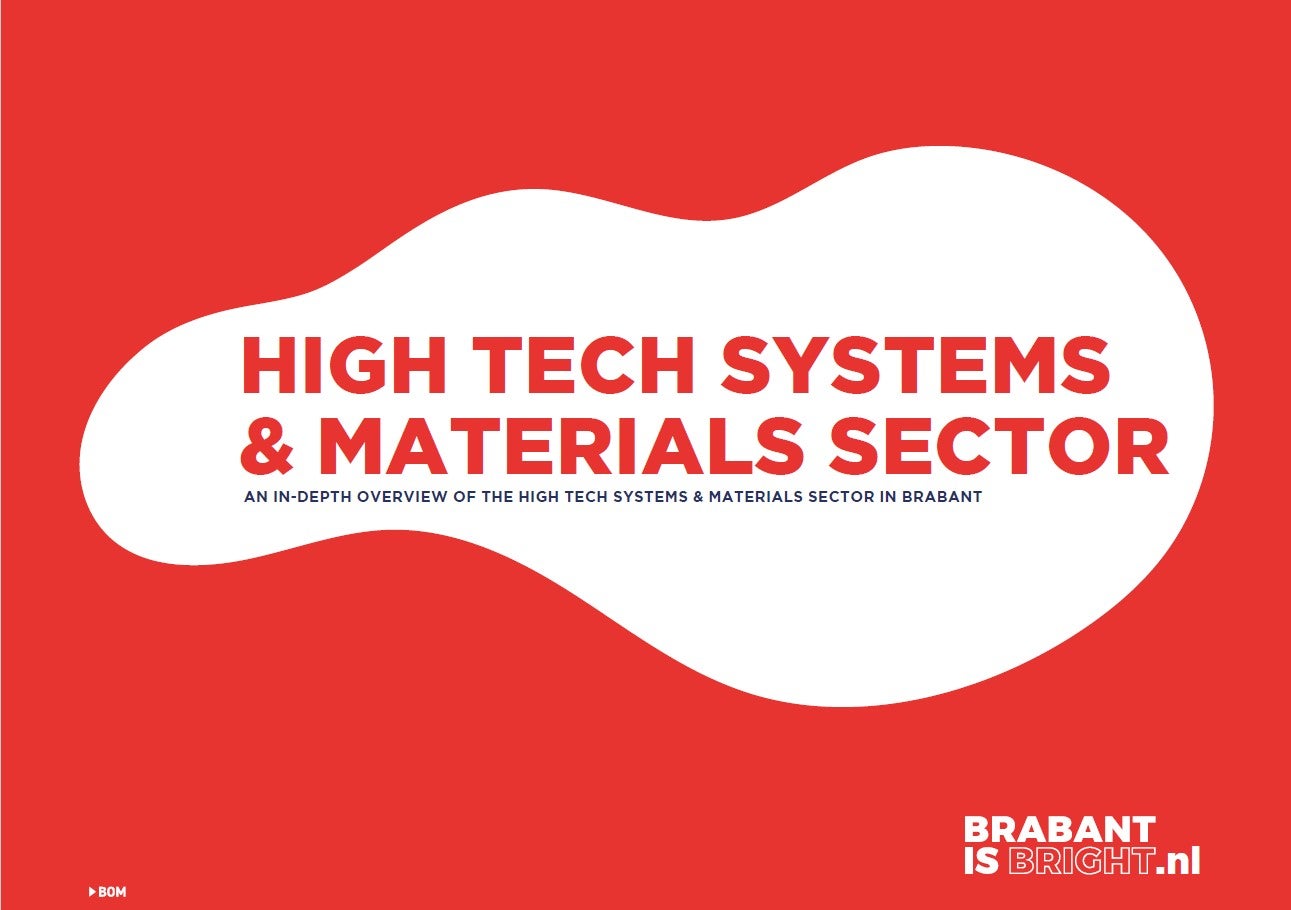 Many fear, however, that the European Commission’s regulatory offensive will inadvertently establish a regulatory regime – if replicated in other jurisdictions – that legitimises unilateral measures to exclude foreign companies from expanding into new markets.

What is the Digital Markets Act and could it backfire?

The Digital Markets Act (DMA) proposes a raft of restrictions on technology companies deemed ‘gatekeeper platforms’, a term defined by a threshold of 45 million monthly EU users, annual revenues of €6.5bn, or 10,000 annual business users. The proposals take aim at Big Tech’s very business model, which relies heavily on personalised advertising and services by narrowing down the use the companies can make of data they collect, including measures to prevent self-preferencing of their services and single sign-ons (for example, Gmail couldn’t automatically log a user into YouTube).

Penalties could reach 10% of a company’s annual worldwide revenue. Accompanying legislation is proposed under the Digital Services Act, which requires ‘gatekeeper platforms’ to take greater responsibility for content violations.

The start-ups we work with are trying to grow, so you could essentially be penalising growth. Benedikt Blomeyer, Allied for Startups

Margrethe Vestager, European commissioner leading the EU’s digital policy, has said the rules would not only target dominant platforms but all those with “strong growth potential”.

Legislative proposals that potentially place Europe’s 10,000 start-up platforms under general suspicion, not just those in a dominant position, will stand in direct conflict with the EU’s own ambition to support European start-ups, according to Benedikt Blomeyer, EU policy director at global network Allied for Startups (AFS). He finds the thresholds troubling, saying: “User size doesn’t say much about your revenue, and definitions based on revenue as opposed to profitability might be challenging for bigger scale-ups who aren’t profitable yet.”

There are more than 60 EU-headquartered ‘scale-ups’ with €1bn valuations, including Booking.com, Delivery Hero, Ayden and Hello Fresh, and a further 200 or so start-ups with valuations of more than €500m, according to Blomeyer.

Atomico’s State of European Tech 2020 report predicts $100bn valuations are no longer aspirational in Europe, but an imminent reality. “Institutional investors from Europe and around the world poured three times more money into Europe’s tech industry than five years ago,” says the Atomico report. “As our ecosystem matures, the share of venture capital funding from government agencies is declining and now accounts for less than 10% of venture capital funds raised in Europe’s most mature markets.”

However, the report finds that only 20% of founders and investors believe the concerns of start-ups and scale-ups are being heard by European policymakers. This is reflected in the AFS position, which states that the proposed regulations do not incentivise growth and may discourage smaller companies from expanding into other European member states. “The start-ups we work with are trying to grow so you could essentially be penalising growth,” says Blomeyer.

Many argue that the European Commission’s new rules may impede the Big Tech platforms’ ability to innovate, which may in turn hurt smaller companies that need those platforms for global reach and a network effect. Karan Bhatia, vice-president of government affairs and public policy at Google, has said the proposals will make it harder to develop new products to support small businesses in Europe.

Hosuk Lee-Makiyama, an international trade and technology expert based in Brussels, believes the proposed regulation punishes market players present across multiple European jurisdictions and has the potential of promoting local monopolies, running contrary to the EU’s goal of promoting digitalisation in Europe. “It doesn’t incentivise digital companies to use the Single Market to grow properly in the proper way,” he says.

Either something is illegal or its not… only being illegal for a large company doesn’t make sense otherwise. Ramesh Chaitoo, international trade consultant

Since the implementation of the EU’s GDPR rules in May 2018, content providers have become overly cautious about operating under EU laws, some even deciding not to expose themselves to regulatory risk by excluding EU users from their websites, according to Lee-Makiyama. “There is going to be a commercial decision that will be made differently depending on whether you are a big or minor e-commerce site that is dealing with EU consumers,” he says.

The danger that innovation leaders will withdraw products and services from the EU, creating an innovation gap, is real and present, according to Lee-Makiyama, who says there are already certain limitations placed on EU offerings. “And we may end up seeing an innovation gap between the US version of Amazon and the European one, for example,” he adds.

International trade consultant Ramesh Chaitoo says the US congressional hearings in July 2020 examining the anti-competitive behaviour of Big Tech are a sure sign that these platforms have gained too much power in controlling access to global digital markets.

While the Trump administration failed to make Big Tech a priority, instead focusing on US manufacturing, the EU filled the void, according to Chaitoo. “You could argue that the US knows more about the benefits of competition than European institutions. European Commission approaches to regulation are complicated, cumbersome and costly to administer,” he says.

While a Biden administration may lead to less cross-border digital trade tensions by reversing Trump-era legislation such as net neutrality, it is unlikely to condone laws that target US companies. In fact, the EU being seen to be targeting certain countries and companies is problematic under World Trade Organisation (WTO) rules. “Either something is illegal or it’s not… only being illegal for a large company doesn’t make sense otherwise,” says Chaitoo.

Many regard the 10% of annual revenue penalty as draconian and a departure from the penalties usually levied on profits. The draft legislation has also recommended “structural remedies” as a last resort against monopolistic behaviours that might mean the forced divestiture of business divisions.

Despite the need to rein in Big Tech’s anti-competitive behaviours and the benefits of multilateral rules, Chaitoo says “the sorry state of the WTO for the past couple of years” has meant the EU was able to go out on a limb and to propose such detailed draft legislation.

While Chaitoo favours unilateral cooperation, legal experts have claimed the proposals eschew the existing case-by-case model of lengthy anti-trust investigations for a more efficient regulatory approach, which other jurisdictions will now be studying as a potential blueprint for regulating their own online platforms.

However, technology regulation is unlike common standards for manufacturing or consumer safety, for example, says Lee-Makiyama. Replicating technology trade regulation does not necessarily have the intended effect of opening markets. “We will be facing the same barriers when we as Europeans provide e-commerce outside of Europe, let’s say in Indonesia,” he says. “They will be able to shut us down using regulation that has the exact same meaning and provisions as ours. So [the DMA] is actually legitimising unilateral measures to keep companies out.”

In an open letter, UK Payments Systems Regulator adviser Richard Feasey writes that there are potentially 252 instances of compliance and types of conduct to oversee in the DMA. “I find it hard to see how the European Commission will be able to police such a regime with a staff of 80 people, which means it will find itself having to prioritise and select which cases of non-compliance it will pursue while ignoring others,” he says.

Feasey notes there is little obligation on gatekeepers to self-certify their compliance and supervise their own activities. “It currently relies too much on a traditional anti-trust regime of information-gathering powers and monitoring trustees on the one hand and financial penalties on the other, rather than arrangements what would allow the European Commission to supervise firms on an ongoing basis in a more collaborative manner.”

So, while there is a general consensus that regulation is needed, as the OECD has noted by stating “competition frameworks designed for traditional products may not be suitable for a global digital economy”, the biggest risk lies in the failure of the DMA to become an effective global standard and instead serving to legitimise bad regulatory practices in other countries. This makes the OECD’s advice that “governments may also need to enhance cooperation across national competition agencies to address competition issues that are increasingly transnational in scope or involve global firms” evermore pertinent.

Fintech 3.0 - The Revolutionary Impact of Technology in Banking

IDEA study: Half of democratic governments worldwide are in decline