An EU leaders’ summit in Brussels last month was thrust into the limelight as media waited to see if they would confront Poland over its rule of law violations, perhaps triggering a ‘Polexit’ from the EU. However, before they got to that high-profile issue, EU leaders spent many hours debating what might seem like an obscure policy detail: what should be on an EU list of financial investments deemed sustainable?

In the end, the leaders spent far longer talking about this ‘EU taxonomy‘ than the rule of law, leaving many reporters scratching their heads – what could be so important about some guidelines for private investors? In fact, this decision will have effects far beyond the financial sector, shaping European climate and energy policy for years to come. At last month’s summit, it was clear that a shift in thinking had occurred. It now appears that both gas and nuclear power will count as green investments in the EU, despite significant blocs of European countries opposing each until now.

“We need more renewables. They are cheaper, carbon-free and home-grown,” European Commission President Ursula von der Leyen said after attending the summit. “We also need a stable source, nuclear, and during the transition, gas. This is why we will come forward with our taxonomy proposal.” 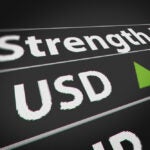 Finance
Weekly data: The global crisis has strengthened the US dollar 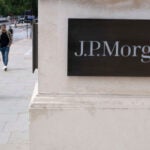 Finance
FDI in financial services in 2021: The state of play
Data Insights
View All

It was a significant statement given that EU countries have been arguing for three years about whether to include these types of energy in the taxonomy. In 2019, France, the UK and eastern European countries threatened to veto the EU taxonomy because nuclear was not explicitly included as a green investment. Then, in 2020, a group of ten pro-gas countries, mostly from the east and south, threatened a veto because it did not include natural gas as a transition fuel.

Von der Leyen tasked her in-house experts with examining the situation, and in July 2021, they recommended including nuclear but did not endorse gas. Nevertheless, it now appears that a nuclear-for-gas compromise may be the only way to get the taxonomy through a vote in the EU Council, the EU’s upper legislative chamber where votes are weighted based on each country’s population.

That von der Leyen was not only willing to be explicit about nuclear but also gas after the summit signals that member states have come to a new understanding that has unblocked the issue. Insiders expect the Commission to put forward a formal proposal later this month. “The Commission is under a lot of pressure now,” says Jessica Johnson from the Brussels-based nuclear industry association Foratom. “They took the decision to have their experts assess nuclear, which was the right decision. Those conclusions are that, overall, nuclear complies with the taxonomy. So the science is there, but it is a politically contentious issue.”

That it will be necessary to deem gas a green investment in order to recognise nuclear as a green investment is an indirect effect of Brexit. Following the UK’s departure from the EU in 2020, it became clear that nuclear no longer had majority support in the Council. Britain and France had been its loudest champions. Brexit meant the balance shifted toward anti-nuclear countries, of which Germany is the most significant. This, combined with the observable trend that nuclear power has been declining across Europe, caused some speculation that Brexit spelled the end of nuclear growth in Europe.

However, two things appear to have moved the needle in September: the EU’s energy price spike and the German election. Not only is Europe’s largest anti-nuclear voice currently distracted, it also appears Berlin is ready to do a deal: we will support nuclear if you will support gas. The “you” in this equation is first and foremost France.

“With all these political discussions there are always negotiations,” says Johnson. “There have been negotiations between the pro-nuclear and pro-gas countries, and we now suspect that in order for nuclear to get through, gas would be one of the tools.”

The inclusion of gas is not something Foratom is promoting; it says there is no question nuclear is better than gas as a stable complement to renewables. “Is gas low carbon? Today, without carbon capture and storage, it is not,” Johnson says. “If you have an emissions threshold in the taxonomy of 100g of CO2 per kilowatt-hour then gas does not meet it. We have our opinions on gas, but we also know these are political negotiations.”

Germany took a decision to completely phase out nuclear power a decade ago. Since then, it has leaned heavily on gas as a transition fuel that can replace coal in the short term, including entering into a deal with Russia for the new Nord Stream 2 pipeline. France, on the other hand, gets most of its electricity from nuclear power and is concerned about Europe’s energy dependence on Russia. The inclusion of both in the taxonomy is a classic Franco-German compromise on which a balancing number of countries are now on either side.

The pro-nuclear side consists of long-time advocates France, Belgium, Finland and Poland. They have now been joined by recent converts Sweden, Estonia and the Netherlands. The pro-gas side includes Cyprus, Germany, Greece, Hungary, Malta and Romania. Italy and Spain have mostly tried to stay out of the fray, while Austria, Luxembourg and Denmark are adamantly opposed to including either.

Gas will not be included in the EU taxonomy on a par with nuclear or renewable energy. The rulebook is expected to have three categories for sustainable investments: “green”, “enabling” and “transition”. Gas would be in the third category while nuclear may be in the second. Renewables would unquestionably be green. Nor would all gas or nuclear make the cut, since the taxonomy would include criteria for which types of installations can be considered sustainable.

Bronagh O’Hagan from industry association Eurogas says the gas industry is not trying to greenwash its emissions or claim that it is as green as renewables. “It is true that natural gas will have a declining role in the energy mix to 2050,” she says. “That said, natural gas, gas infrastructure and gas technologies are crucial for a realistic and affordable pathway to carbon neutrality.” She points out that gas offers up to 70% emissions reductions when replacing coal, and gas infrastructure can be used to transport carbon-free fuels in the future, like hydrogen. “It is about the role of the infrastructure and related technologies too,” she says.

Climate campaigners do not agree, however. Including gas and nuclear would be a “scientific disgrace that would deal a fatal blow to the taxonomy”, says Henry Eviston from the WWF. “It would severely damage the EU’s sustainable finance agenda and the EU Green Deal.” He says the criteria being discussed for project eligibility in a draft making the rounds following the Brussels summit are far too weak.

The draft criteria state that investments in gas plants due to start operations after 2035 could be deemed green. That contradicts the International Energy Agency’s Net Zero Scenario, which warns against investments in new fossil fuel projects and calls for gas plants to be shut down by 2035 in industrialised countries. Eviston says the draft criteria would be weaker than existing market practice; for instance, in the green bond market.

The reason governments are fighting so fiercely over this taxonomy is because it will not just govern what counts as a sustainable investment. The list is likely to have two other significant impacts: guiding national and EU climate and energy policy, and shaping corporate investment decisions.

There will be more and more legislation linking to the taxonomy regulation, and there are increasing calls to link EU funding to the EU taxonomy. Jessica Johnson, Foratom

“There will be more and more legislation linking to the taxonomy regulation, and there are increasing calls to link EU funding to the EU taxonomy,” says Johnson. “We see both a risk and benefit. If we are not in the taxonomy and financing is linked to it, we would no longer have access.” However, they would benefit hugely from being included, “for instance because there is an automatic exclusion of nuclear power plants in the EU just transition fund. If we are added to the taxonomy those exclusions would no longer be justified.”

The taxonomy will also impact companies’ non-financial reporting requirements, where companies have to report on the share of their activities that are taxonomy-compliant. “If nuclear isn’t in there it will discourage investment from utilities themselves, and also from their supply chain and investors,” says Johnson. Of course, the direct financing impact is important too. Johnson notes that finance is essential for nuclear because of its high upfront costs.

O’Hagan agrees that the taxonomy is going to have policy impacts. She hopes its recognition of at least some gas investments as green would have knock-on effects for the EU’s ‘Fit for 55‘ package and upcoming Decarbonised Gas Market package. “We have seen, for example, that there is a risk of missing low-hanging fruit in the Energy Efficiency Directive, through the exclusion of direct fossil fuel combustion in energy savings obligations. Such a broad brushstrokes approach would disincentivise coal-to-gas switching.”

Given the delicate nature of the nuclear-for-gas compromise, it is still entirely possible that something will happen behind the scenes that delays the Commission’s formal proposal until after this month. For now, though, it looks likely we will be seeing headlines declaring ‘EU says gas is green’ before December.

Ohio is a premier automotive supply chain jurisdiction. Greater than 90% of the state’s exports go to the ICE supply chain. As such, Ohio has a unique opportunity to lead in building a supply chain that capitalizes on the fast growth in electric vehicles.
by JobsOhio
Thank you.Please check your email to download the Whitepaper.
Topics in this article: EU, Gas, Nuclear

@davekeating
Senior writer Dave Keating is a US journalist covering European affairs from Brussels, with a focus on environment and energy.
SUBSCRIBED