The Comandante Manuel Fajardo Hospital in Havana is one of many institutions that have helped keep the Covid-19 virus at bay in Cuba. (Photo by Yamil Lage/AFP via Getty Images)

While Cuba’s strong healthcare system has been effective in containing the spread of Covid-19, the country’s reliance on tourism paints a worrying picture with regards to its foreign direct investment (FDI) prospects.

In addition to this, US sanctions, which became more stringent under the Trump administration to cover the petroleum that Cuba exports to Venezuela, have kept the country in a state of perpetual underdevelopment.

After the Covid-19 pandemic hit, remittances sent back home by Cubans abroad also started to dry up as the effect of the job losses brought about by the virus trickled downwards. 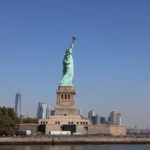 The Cuban government is left with scarce revenues to buy even basic products that it then resells to state-owned stores, which is leading to a food crisis across the country.

The Foreign Investment Act stipulates that foreign investment into Cuba may be authorised in all sectors, except for education, health, media and the military. The law, which was passed in 2015, introduced tax incentives for foreign investors, and created a special economic zone with tax and customs breaks, but the zone is not allowed to directly recruit employees.

In August 2018, Cuba allowed foreign operators to manage its railway systems, according to the UN Conference on Trade and Development (UNCTAD).

The government of Cuba does not collect FDI data and UNCTAD’s country profile does not show any FDI data for the past three years in the country, but it does report that remittances stood at 4.28% of gross domestic product in 2018.

Looking at the country’s export structure by product in 2018, 47% came from food items; 14% from ores and metals; 34% from manufactured goods; and 5% from other sources.

Venezuela has made joint ventures and mutual investments with Cuba for the exploration and exploitation of hydrocarbons. China has also become a prominent partner, investing in petrochemical projects and giving substantial financial support. Russia has also said it plans to invest in the country’s energy and healthcare sectors.