Canadian convenience store giant Couche-Tard, better known as the operator of the Circle K chain, was set to buy petrol station operator Caltex Australia in a $5.6bn deal, saying Caltex was “a strong strategic fit for Couche-Tard and an important component of its Asia Pacific expansion strategy”.

That was until coronavirus happened.

“The current situation in the world is highly uncertain,” Couche-Tard said in a statement announcing it is dropping the acquisition bid. 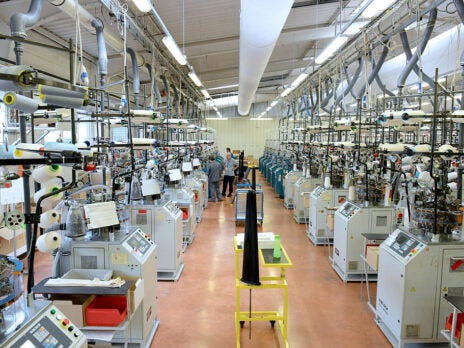 With offices across the world closed, travel restricted and in-person meetings postponed, the number of M&As has plunged as companies are forced to tighten their budgets and focus on surviving the crisis. Business events across the world, such as the Mobile World Congress in Barcelona and the North American Auto Show in Detroit, have been cancelled or postponed, removing a standard platform for business introductions and dealmaking.

Initial expectations that markets in East Asia would take the bulk of the hit were shattered as the virus spread worldwide, affecting both developing and developed economies.

The market-rattling Covid crisis comes at a time when protectionist measures were already putting pressure on cross-border investment activity. As a measure to protect critical assets and technology in the current crisis, the European Commission called on European governments to ramp up screenings of FDI coming outside of the EU, with countries like Spain and Germany already introducing new regulations.

In a way, it makes sense for governments to try to limit the volume of cross-border deals. As Australian Treasurer Josh Frydenberg said in a radio interview on 30 March, the government’s goal is to “stop any predatory behaviour that is not in the national interest”. The fear is that foreign investors could buy assets for cheap at a time when most sectors are seeing their worth being wiped off.

How are different industries doing?

The volume of cross-border deals in the pharmaceutical sector fell in the first week of April to the lowest level since January 2019, GlobalData analysis shows.

Nevertheless, the value of all FDI during 2020 has fallen by around 56% compared with the same period last year, GlobalData figures show.

Countries are trying to protect their national pharmaceutical sectors by maintaining a stable supply chain at a time when demand is surging.

As coronavirus took hold of headlines in March 2020, the volume of M&A deals in the oil and gas sector has nearly halved compared with the same month the year before, GlobalData analysis reveals.

Moreover, the value of transactions across March dropped to just a third of what it was the year before.

The decline is partially caused by a plunge in demand for oil as well as an aggressive price war between Russia and Saudi Arabia. Additionally, oil suppliers have blamed the pandemic for shortages of staff and supplies, and delays in delivery.

Perhaps nothing exemplifies the state of the oil market as well as the brief unprecedented crash of US crude oil prices to negative values.

Some cross-border investments in the automotive industry are still going through as expected. Electric carmaker Tesla announced that its Berlin Gigafactory construction continues despite the coronavirus pandemic.

In fact, the volume of cross-border deals completed during March has remained consistent with figures from 2019, GlobalData figures show. The value of those deals has, however, dropped by nearly 60%.

The automotive industry, for which the UN Conference on Trade and Development expects a shrinkage of 47% in FDI over 2020–21, is facing supply chain restrictions, workforce safety challenges, warehouse shutdowns and a decrease in demand.

GlobalData estimates that approximately 3.2 million light vehicles were dropped from production during the week ending 6 April at a cost of $101.8bn in lost revenue in Europe and North America.

Coronavirus is set to lead to a sharp decrease in M&A deals in the beverages industry.

GlobalData estimates showed the value of deals in the beverages sector to have been only $108.84m in February, 93.03% less than the average for the previous 12 months.

Soft drinks and alcohol sales have been impacted by two phenomena: pubs and bars have closed to limit the spread of coronavirus, while supermarkets have announced record sales.

How things will balance out is yet to be seen, but retail sales are expected to drop again as people stop stockpiling.

FDI in the power sector dropped by almost 20% during March 2020, according to the latest GlobalData numbers.

Renewable energy has seen spectacular growth over the last few years, with the IEA expecting 2020 to be a record year for renewable electricity additions.

However, the coronavirus pandemic has weakened demand, and lockdowns could mean shortages in supply chains and factories, which could slow down the global energy transition.

A GlobalData poll showed that some sub-sectors are thought to have been hit the hardest, with 32% of respondents identifying coal as the weakest.

With global mining production taking severe hits over the past few weeks, the coronavirus pandemic is expected to disrupt the mining sector for the next few months.

In January, deal volume saw little difference when judged on a year-on-year basis, with a 2% decrease. However, data from the first week of April 2020, compared with the same week in 2019, reveals new deals almost halved. Furthermore, value has gone back into the negative, with a 20% decrease.