Saudi Arabia has increased its ties with China in recent years as it looks to the country to assist in its energy transition. (Photo by How Hwee Young/AFP via Getty Images)

Saudi Arabia knows that the era of black gold cannot last. For a while now, the country’s grandiose economic diversification programme has included ambitious energy targets.

These ambitions have only grown larger. During a glitzy conference in early 2021, a senior political figure announced Saudi Arabia’s plans to generate a whopping 50% of its domestic electricity from renewables by 2030 (up from 0.05% in 2018). Over the past 12 months, the double whammy of the Covid-19 pandemic and low oil prices has accelerated the country’s apparent commitment to (and need for) these goals.

“There is a real sense that hydrocarbons are heading towards a cliff edge – it may be far in the distance, but it is increasingly visible,” says Neil Quilliam, an associate fellow at Chatham House and managing director of Azure Strategy. 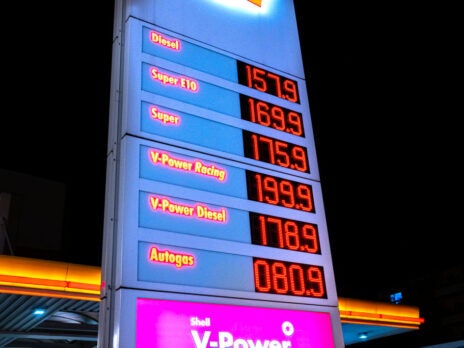 Does Saudi Arabia want to make good on its targets?

In recent years, Saudi Arabia has certainly talked the talk when it comes to the energy transition. However, it has been slow off the mark in terms of actual results.

There is a real sense that hydrocarbons are heading towards a cliff edge – it may be far in the distance, but it is increasingly visible. Neil Quilliam, Azure Strategy

Countries in the Gulf Cooperation Council (GCC) are moving towards renewable energy at very different speeds. “The United Arab Emirates is far beyond where Saudi Arabia is,” says Jessica Leyland, a senior intelligence analyst for the Middle East at ‎AKE International. “Both of them rely on foreign expertise, but the UAE already has a lot more pre-existing technological prowess that it can use in joint ventures with larger renewable consortia.”

Moreover, the UAE’s oil reserves are much smaller than Saudi Arabia’s, meaning the country needs to get into renewables quicker, she adds.

Thanks to a push from the government, the UAE has been quite effective at developing its solar energy, while also boasting the first nuclear power station in the Arabian peninsula.

However, the news isn’t all good. “Saudi Arabia and the UAE want to get into a pole position for future energy markets, but both are committed to an aggressive oil policy for at least the next decade,” says David Butter, an associate fellow at Chatham House’s Middle East and North Africa programme. “They know they’ve got the cheapest production costs and that they produce oil in a cleaner way than others, so I think they feel they can still control the oil market for a while.”

Oil is the geopolitical leverage for both countries, especially Saudi Arabia. “I don’t think that the country is ever going to want to diminish the necessity of hydrocarbons in the global markets,” says Leyland.

“So it will do this kind of binary approach where it somewhat develops renewables to offset its carbon output,” she adds. “In other words, [this is a move] to greenwash its oil projects. Oil remains so much cheaper and easier for Saudi Arabia than renewables. It’s very Eurocentric to think that oil consumption is at death’s door – we’re many decades away.”

Indeed, Saudi Arabia is still very much subsidising oil prices for its populace – among whom green activism is weak – and the country plans to continue exporting oil at the same levels for decades to come. Saudi Arabia is banking on being the last oil producer and is, therefore, trying to reduce the carbon emissions of its petroleum industry by investing in both carbon capture and storage and the circular carbon economy.

“Don’t be surprised if the green transition is not implemented as fast as it’s announced,” says Dr Mazdak Rafaty, an adviser to the joint Emirati-German Chamber of Commerce. “That’s the general experience of the past two decades in this whole region, especially when it comes to the energy sector.”

China has been silently building its links with the GCC for more than a decade. Across Saudi Arabia and the UAE, huge amounts of infrastructure and construction have been overseen by the Chinese, who are a key buyer of oil too. China will be key to both countries’ solar development.

It’s very Eurocentric to think that oil consumption is at death’s door – we’re many decades away. Jessica Leyland, ‎AKE International

“Previous announcements of Saudi Arabia’s intention to switch to renewables have led to little measurable progress [and foreign direct investment], and now Saudi Arabia is becoming increasingly dependent upon China to deliver its transition,” says Jon Truby, director of the Centre for Law and Development at Qatar University. “Having already made significant investments in the region, China would use this to further integrate the region within its Belt and Road Initiative and create economic dependence.”

China’s operational model is built on the provision of business services and the financing of development projects. As such, the growing Saudi-Chinese renewable energy partnership draws upon a combination of soft power and astute investment decisions, says Butter.

One of the best examples of this is the 2020 partnership between Saudi Arabia’s ACWA Power and China’s Silk Road Fund. The move will provide finance and cost-competitive technologies to ACWA Power, the country’s trophy renewable energy developer that is operational in more than a dozen countries.

“The relationship between Saudi Arabia and China has been growing over the past decade and economic ties are certainly deepening,” says Quilliam. “However, the partnership will remain transactional for the time being, as Riyadh continues to value its relationship with Washington, and Beijing seeks to maintain good relations with all states in the Gulf, including Iran.”

“If Biden goes back into the JCPOA era properly, that’s going to be a huge, huge game changer in many ways,” says Rafaty. “Then, I would not wonder if Saudi Arabia invites China to come in and build whatever it wants. But Biden’s Middle East strategy is not clear enough yet.

“But remember, I think the GGC’s growing friendship with Israel in recent years was part of a US plan to let Israel fill a tech vacuum that China could have assumed,” he adds.

Going forward, therefore, stratagems such as this can be expected.

Europe seizes the hydrogen opportunity in the Gulf

While China is key to the Gulf’s solar energy designs, Europe will be very important in the region’s ambitious green hydrogen development – a market that was recently valued at $700bn by Bloomberg.

Some companies will be drawn to Saudi Arabia’s hydrogen pitch, but there’s not a massive, pressing reason why you’d want to do it in Saudi. David Butter, Chatham House

Saudi Arabia has indeed been making a lot of noise about hydrogen lately. In early March, it announced plans to build a $5bn plant that will be among the world’s biggest green hydrogen providers. It is set to be powered entirely by renewables and developed by German expertise.

“Green hydrogen is critical for the global energy transition, and the competition in this growing market will be around the cost,” says Quilliam. “Saudi Arabia has the advantage of land availability and vast renewable energy resources at low cost, and its wide experience in transport and pipelines.”

On the other hand, Saudi Arabia will need to develop a lot more renewable energy, particularly solar, from scratch if it wants to develop the $5bn plant.

“Some companies will be drawn to Saudi Arabia’s hydrogen pitch, but there’s not a massive, pressing reason why you’d want to do it in Saudi, especially when the country has hardly any solar power infrastructure and when there are loads of other places around the world to do it,” argues Butter.

Saudi Arabia’s growing partnership with Germany for hydrogen could mark the start of (very much) augmented geopolitical ties between the two countries, and the EU for that matter.

“Whether Saudi Arabia goes to China for solar or Germany for hydrogen, either way, it is the US that is losing its historic monopoly of influence with Riyadh, for better and for worse,” says Rafaty. “Both parties will have more independence from oil-driven politics and relationships.”

But how great is Saudi Arabia’s global power outside of oil? Not very, as things stand. Moreover, the fact that renewable energy can be produced in so many global locations – unlike oil – rather takes the geopolitics out of it. Therein lies the blessing, but more so the curse, for the kingdom of Saudi Arabia.