The Jordanian capital of Amman has been deserted at times during the Covid lockdown, but hopes are high that the country’s lucrative tourism industry will pick up again quickly. (Photo by Khalil Mazraawi/AFP via Getty Images)

Jordan has long been hailed as an island of stability in the Levant, a region notorious for its political volatility. The Covid-19 pandemic has rehashed this accolade. Although the country remains very much in battle against the virus, and youth unemployment sits at an unprecedented 50%, the country’s headwinds pale in comparison to the dire state of affairs in nearby Iraq, Syria and Lebanon.

The Jordanian government, known for its high level of public welfare, has taken adequate measures to counter the economic impact of the Covid outbreak. The pandemic has had a particularly devastating impact on the country’s travel and tourism sector, which accounted for about 18% of GDP and total employment in 2019.

Vaccination rates in Jordan (especially Amman) are achieving strong results, by regional standards, while GDP growth is expected to rebound from -1.8% in 2020 (much better than the global average) to 1.4% in 2021, according to the World Bank.

What does China’s crypto crackdown mean for global digital currency? 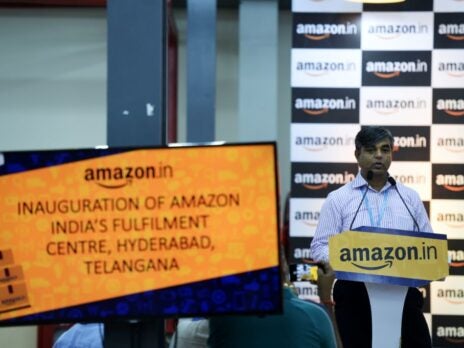 Telangana thrives in pandemic thanks to tech and pharma strengths

As per the global trend, Covid-19 has made foreign direct investment (FDI) to Jordan less feasible and attractive, but not by a significant amount since FDI flows to the country have been low and in decline for several years. Indeed, in 2020, Jordan still managed to welcome $730bn of FDI, which was the same amount as in 2019. Amman receives the lion’s share of Jordan’s FDI.

Although an increase of FDI to Amman would boost the city’s economy, Jordan’s recovery is more linked to the rebound in global demand and international travel, as well as the pace of domestic vaccination.

Preparing for Amman’s bounceback through construction

Jordan’s tourism economy is one of the Middle East’s crown jewels. Before the pandemic it was thriving, with decade-high numbers in 2019 following 8.4 million tourist arrivals – which includes a very interesting medical tourism segment.

As well as having its own heritage sites to display – the city is 10,000 years old after all – Amman is the logistical launch pad for the country’s national treasures, such as Petra and Wadi Rum. This offering has been temporarily paused by Covid-19, meaning foreign investors could use the lull to prepare for the country’s comeback. The Ritz-Carlton has already taken the opportunity to open a new hotel in Amman in 2021.

While tourism is one of the main drivers of FDI into Amman, it is by no means the only one. Services, real estate, infrastructure and finance are other hot spots.

Amman’s municipality is currently looking for private investment across a range of construction projects in or just outside the city. These include the Amman Mini Box Park, the development of a new banking district in Abdoun, an exhibition centre on Airport Road, a tourism project in Ghamadan, and automated car and smart on-street parking in the city.

Meanwhile, with the aim of becoming a regional logistics hub, the Jordanian government has planned a slew of large-scale infrastructure projects in water, transportation and nuclear energy for which it needs foreign and private funds (such as a project linking the Dead Sea to the Red Sea). Amman, and the country more generally, boasts a strong record of public-private partnerships.

Although the Dead Sea project was put on hold due to soured relations with Israel, Jordan has decided to renew the project in recent months, stating that "peace agreements are an incredible and immediate opportunity to renew infrastructure projects''. This geopolitical see-sawing is a reminder that Jordan is not invulnerable to regional instability. Indeed, the country is also home to several million Iraqi and Palestinian refugees.

Refugees notwithstanding, the topography of Amman is experiencing rapid change due to its robust population growth, which now sits at 4.4 million inhabitants. As a result, residential and commercial real estate were in strong demand pre-pandemic. Covid-19 has knocked down prices across the sector.

Amman’s commercial real estate is underpinned by the city’s dynamic banking sector and growing hub for financial services, home to all the usual suspects: Citi, Deloitte, PwC, EY and so on. The capital is also the regional headquarters for numerous multinational companies and organisations, such as Mercer and Unesco.

A closer look at what makes Amman interesting

While the city does not compete with the likes of Dubai, Amman has become the international and economic hub of the Arabic-speaking Levant.

This comes as no surprise since, on top of political stability, it is positioned as a gateway to the wider region, providing access to markets of more than one billion consumers. The country also has one of the best environments for doing business in the region (according to the World Bank's Ease of Doing Business ranking), as well as one of the region’s most highly educated and English-speaking workforces.

It is also worth mentioning that Jordan boasts some of the best infrastructure in the Middle East, as well as an extensive range of incentives aimed at promoting various types of investment.

For example, investment projects can be exempted from general and income services taxes by rates ranging from 25–75% for ten years depending on the location of the project – while there is a 100% exemption on imported fixed assets.

Incentives such as these, alongside Jordan’s high-quality infrastructure, are best found across the country’s six free trade zones (FTZs) and six development zones. Zarqa FTZ and the Queen Alia International Airport FTZ are close to Amman and, like all the others, offer large industrial, commercial and storage facilities that are ideal for manufacturing. All FTZs in Jordan allow 100% foreign ownership, even in restricted sectors, as well as subsidised real estate and zero custom duties on all imported goods required for companies’ operations.

Some of the key multinational manufacturers based in Jordan include Red Bull, Japan Tobacco International and Nestlé.

Jordan’s six development zones are located within the country’s cities, such as the Amman Business Park Development Zone. Although these areas enjoy all the same incentives as the FTZs, they are less focused on manufacturing and cater more to finance and services.

Active for almost two decades now, Jordan’s FTZs and development zones have turned the country into the Levant’s key export hub (excluding Israel), another example of how Jordan is much more than just a world-class tourism destination.