Decommissioned and suspended Air Canada commercial aircraft are stored in Arizona in May 2020. The company was one of many linked to the travel industry that made huge losses in 2020. (Photo by Christian Petersen/Getty Images)

A year of rolling lockdowns and border closures have stifled global economic activity like nothing before.

The impact is still being felt across the world, with recovery frequently sluggish. Figures from GlobalData reveal that active job postings by leading global companies remain 14% below what they were on the eve of the pandemic, despite a gradual recovery beginning in June of last year. 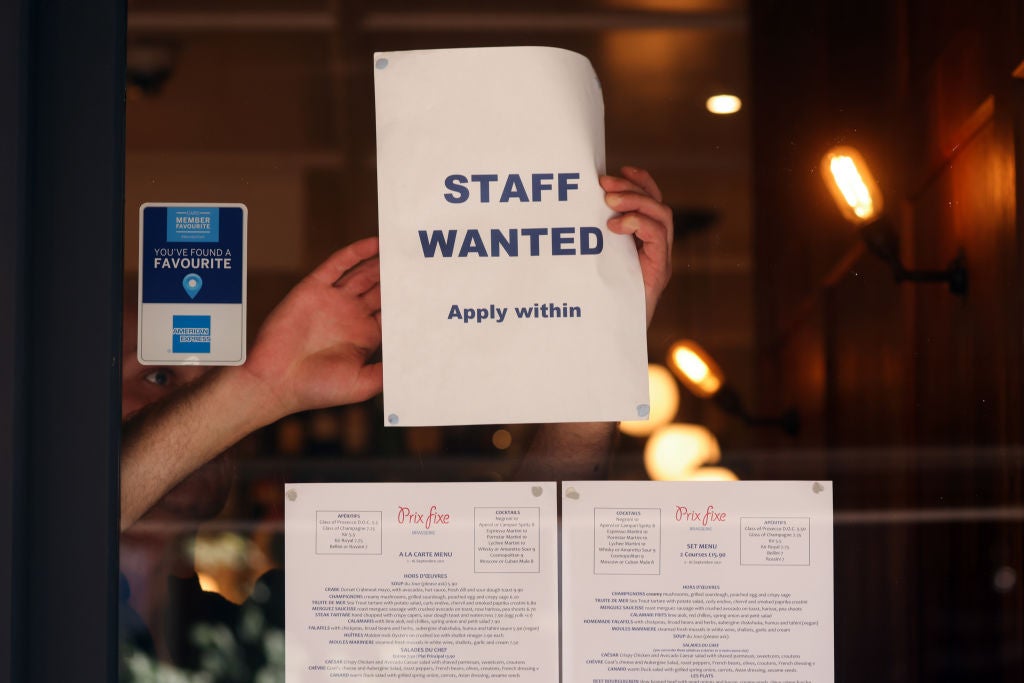 The economic effects of the Covid-19 pandemic have been far from uniform, however. Sectors specifically targeted by lockdown measures have been hit by catastrophic falls in revenue, most notably those involved in international travel.

For leading companies in the transport and logistics sector, revenues in 2020 were down on average 19% year on year – a trend overwhelmingly driven by airline operators. Revenues for Air Canada, United Airlines, Delta Airlines and American Airlines were all down by more than 60% last year.

Manufacturers of aircraft have also hit financial turbulence, with falling revenues reported for Bombardier (-13%), Boeing (-31%) and Airbus (-29%). Between March and July 2020, the number of job openings advertised by Airbus declined from more than 1,500 to fewer than 200.

Strong performance in the defence sector partially offset this trend within the aerospace industry, leading to an overall average revenue growth across the industry of 5%. L3 Technologies saw revenues soar by 168% during the pandemic, while Raytheon raked in an additional $11bn compared with 2019 (25% growth), helped along by its involvement in the carnage in Yemen.

The travel and tourism sector has been hit hardest of all, with revenues for leading companies falling by 37% on average. US travel agency Expedia saw revenues slide by $7bn year on year (57%), while Hyatt Hotels saw a decline of $3bn (59%).

The industry has responded with a significant decline in new jobs advertised. In April 2020, US-based casino operator MGM Resorts implemented an almost total hiring freeze. By early May, the total number of job advertisements by leading companies across the sector was 83% lower than at the start of the year.

The downturn in economic activity in general, and in aviation in particular, has also led to significantly reduced revenues and hiring in the energy sector. By July, the number of jobs advertised by leading oil and gas companies had fallen by almost two-thirds (65%), with revenues down 19%.

The hit to revenues in the oil and gas sector has been concentrated among European and US companies such as Shell (-48%), Chevron (-33%) and BP (-35%). In contrast, many Japanese and Indian energy giants such as Idemitsu Kosan (37% growth), Reliance Industries (5% growth) and Mitsui (1% decrease) have seen their revenues increase or plateau during the pandemic.

The winners of the Covid-19 pandemic

Not all sectors have lost out from the pandemic, however. Companies involved in postage or online retail saw their revenues climb as consumption habits shifted online. Revenues for UPS rose by $10.5bn year on year in 2020 (an increase of 14%), while Amazon pulled in an additional $105bn (38%).

Revenues for the tech sector as a whole climbed by 5% on average. In addition to Amazon, Alibaba, Microsoft, Facebook and Apple all reported revenue increases of more than 10% year on year. The industry’s resilient revenues have given it the cash to increase hiring, with Tesla, Cisco, Ericsson and Intel all now advertising at least 50% more job openings than they were at the start of 2020.

It is the pharmaceuticals and healthcare industry, unsurprisingly, that has seen the greatest increase in revenues during the pandemic. Leading companies in the sector saw revenues increase by an average of 10% year on year.